LINUS has been around for approximately 14 years and a few different versions with the lineup of players but always consistent with the passion to bring great musicians together for some incredible nights of live music. At a high point we were one of the busiest cover bands in the Thompson/Okanagan, performing 6 gigs per week throughout the summer months in the Okanagan Valley in many of the local pubs & clubs as well as festival and many private events. We are very proud to have a well versed and talented crew of players for every performance and pride ourselves in the versatility we have brought to every show no matter what the lineup was over the years and have a setlist that covers just about every genre. 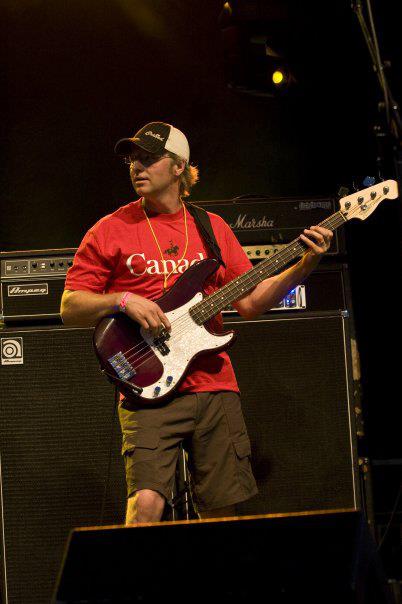 Bassist/Vocals This is an easy way to describe Brad and music…Brad loves to sing and play! Brad has proven over and over,his vision, compassion, commitment AND some serious marketing and management skills to go along with his passion in the music industry for the past 30 years and there is no sign of stopping as long as the music fans keep showing up! “I LOVE what I do!” “You know you’ve got a good thing when each of us shake hands in appreciation to each others talents! It’s a feeling like no other to be able to sing more now and feeling inspired by your fellow musicians.” Krauza says. Brad has accomplished many things over the years including fundraising, concert promotions (locals to major international superstars such as; INXS, Randy Travis, Creed and Anthrax). Along with these events, Brad has also been very successful in the graphics, online news & entertainment, web design/hosting business, https://GonzoOkanagan.com. Check it out because it’s an awesome Arts & Entertainment site as well as a very successful marketing business! Brad has also been in the sales and publishing industry for many years which ties right in to his music passion. Gonzo Magazine printed thousands throughout the Okanagan/Vancouver area, interviewing the likes of these international legends – Offspring, Nicolas Cage, Drew Barrymore, Steven Spielberg, Angelina Jolie, Adam Sandler, Offspring, Martina McBride and many more! How many people can say that eh?? 😉 “I can’t thank my friends who have been there for me through this huge change that I have made this past few years. It wasn’t easy, that’s for damn sure but, well worth it!” Thank you, now, LETS ROCK N ROLL BABY!. 😉 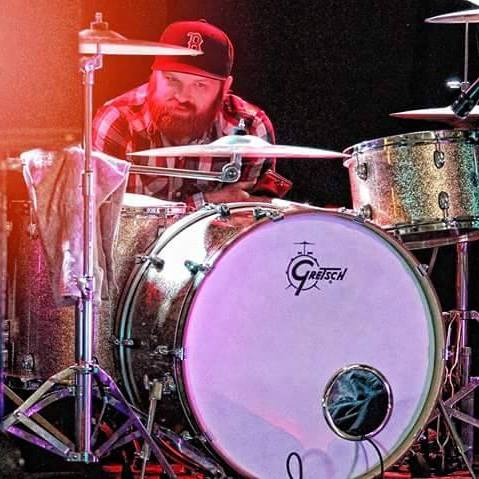 Drums/Vocals. Facebook: https://www.facebook.com/bfauteux?fref=t Brandon is just plain and simple… a kickass and the most well rounded drummers out there. Not many that would glady play any song, anywhere, anytime without a fuss whatsoever. True blue musician and team player.

Guitar/Vocals. Music Teaching Website: www.michaeljervis.com WHO I AM A professional musician who has travelled across Canada, the United States, and Europe in acts that previously included Who’s on Bass, The Cruzeros and currently Rann Berry and One Hit Wonders (www.theonehitwonders.com), Rann Berry and the Random Act, and Linus (www.linuskelowna.com), I’m an accomplished and passionate musician who loves to share my expertise and joy in music. My musical pursuits began at the age of seven with piano lessons where I ultimately reached grade eight in the Toronto Conservatory program. Piano soon paled in comparison to the sounds of rock coming from my brother’s band jamming in the basement. I picked up the bass at age thirteen, quickly gravitating to the guitar. By fifteen, our band was already gigging at local high school dances and clubs. With more than 30 years’ experience playing thousands of gigs and learning hundreds of songs in different styles, I bring a large amount of experience to guitar instruction. I’m thrilled to have now opened my own teaching studio—focusing on teaching guitar to adults—to share my experience and knowledge of the electric guitar, electric bass and acoustic guitar. Focusing on specific player needs, I can help in all areas and levels of guitar playing. Whether learning guitar for the first time, or having a few years under your belt but “stuck in a rut,” I use a combination of guitar technique and concepts, music theory and ear training as well as practical experience to help you discover and develop your BEST musical abilities! 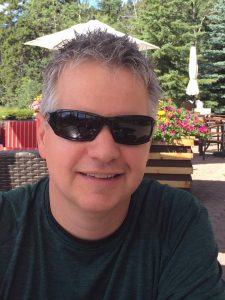